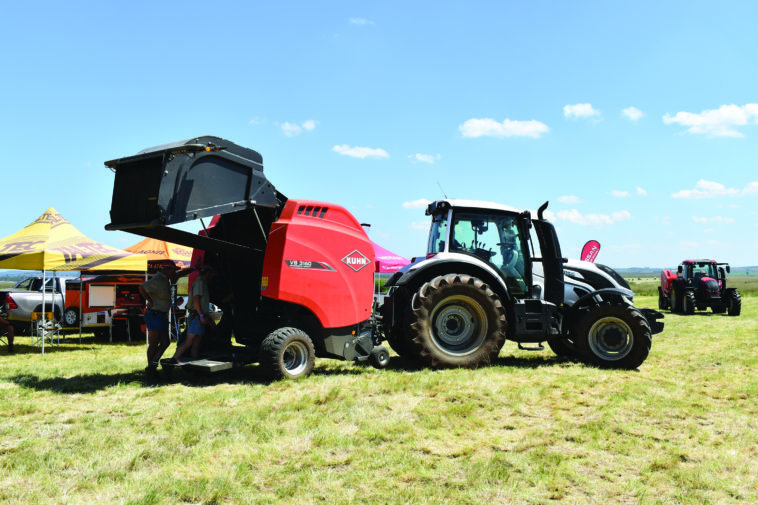 The first choice for farmers who need haymaking equipment or expertise, is Valtrac. This company came into being on a dairy farm, and fully understands the language of feeds. Whether the farmer needs a mower, rake or baler, Valtrac offers only the best. Little wonder that Valtrac’s balers performed so well in the baler race recently jointly presented by Valtrac and Farmboek. Read more about the challenge in ProAgri 240.

The spotlight for the day was on the KUHN VB 3160 baler. This baler boasts a built-in rotor feeding system directly behind the pick-up. The reduced distance between the pick-up and the rotor is one of the baler’s main advantages to bale better and quicker. In the unlikely event of a blockage, the baler floor can be lowered from the tractor cabin to clear the chamber and resume baling in a jiffy – the weather waits for nobody. The size of the bale, 0,8 m to 1,6 m, can also be adjusted from the cabin, as can the density and size of the bale core, and the compaction difference between the core of the bale and the outer layers. 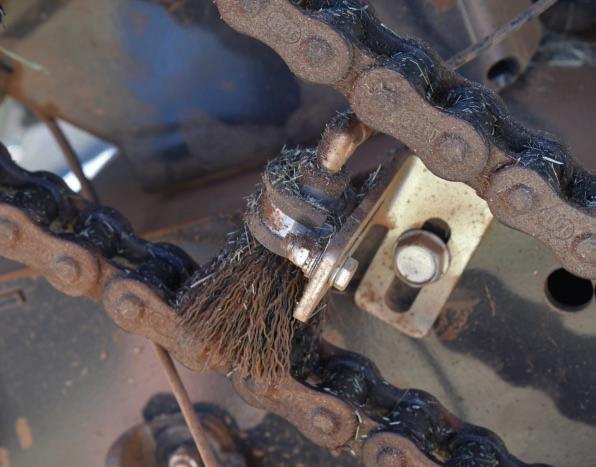 “The baler has no shear bolts,” says Devin Dedwith, Technical Head of Valtrac. “Both the PTO and the pick-up are equipped with cam clutches to protect the baler without wasting any time on the replacement of shear bolts.”

Servicing the KUHN VB 3160 demands very little time and effort, due to its single central grease point. It also has an automatic lubrication system that continuously supplies oil to the working parts such as the drive chains, so that you never need to dance around the baler with an oil can.

The latter is mounted to the front of the tractor with a three-point lift, a PTO and a hydraulic supply point. 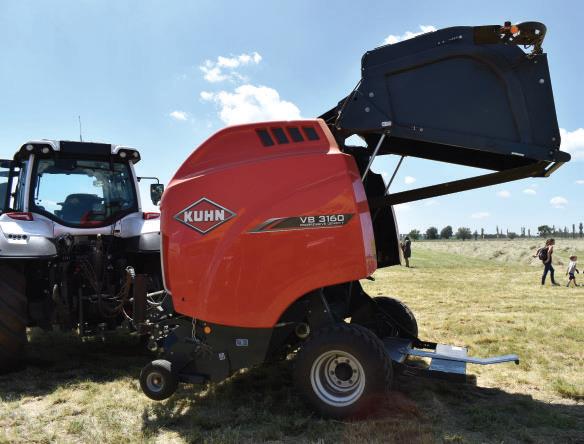 The Pöttinger Novacat 442, mounted behind the tractor, has ten discs with blades. The blades are quickly and easily replaced with a lever clipped onto the mower. The distance between the blade and the cutter bed was reduced to effect a cleaner cut, which is conducive to regrowth. The hydraulic suspension allows the mower to closely follow the ground contours.

The combination of the two mowers cut a strip of 7,4 m. This enabled Valtrac to complete the work on the terrain of the race within a very short time.

Valtrac is the dependable supplier of Pöttinger Alpha Motion mowers and KUHN balers. Contact Valtrac’s experts on 056-817-7308, send a e-mail to Attie de Villiers at attiedev@valtrac.co.za, or visit www.valtrac.co.za for more information. 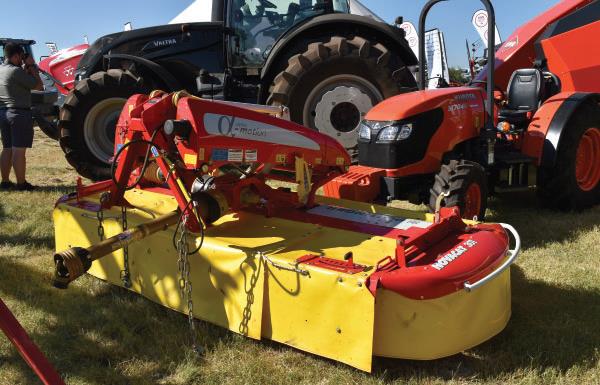