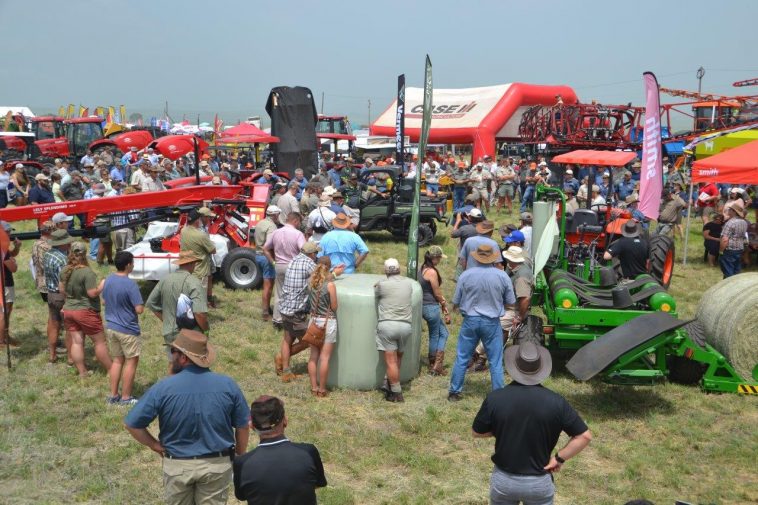 Balfour farmers makes a hey-day of their ‘Hay Day’ ﻿

The Balfour Farmers’ Union does not rest on its laurels when it comes to the success of their ‘Balfour Hay Day’ of the past number of years. This year they again made a special effort which resulted in a most successful farmers’ day. They prepared food for a thousand people and then 1 007 passed the styles. Last year’s count was 900 visitors.

Gert Kriek AND HIS WIFE, Amoné, hard at work behind the scenes to ensure that the Hay Day run on oiled wheels.

“This was our 8th farmers’ day since the first in 2011. This year we had ten manufacturers demonstrating equipment, as well as many static exhibits contributing to the success of the show. We also had cattle on show for the first time – the best hay makers make hay for their cattle!

Serious hay-makers recently made a beeline for the farm of Gert Kriek, chairman of the Balfour Hay Day, to view wonderful innovations of agricultural implement suppliers that can make the life of a hay-maker easier.

“This year Balfour farmers will have to mow every blade of grass on the farm. We could only harvest half of our usual grass crop; for the rest we will have to rely on plant rests to sustain our animals through the winter,” said Gert

The first Balfour Hay Day was held in 2011 and this year was the eighth. Visitors show a healthy annual increase. This year ten companies took part and demonstrated the prowess and work performance of their machinery.

Orbach Agri is situated near Vereeniging and have been concentrating on haymaking equipment for the past 18 years. The SRRT470 power mower, with its 12 reels, was specifically designed for tough South African hay.

Lely’s Welger RP 160 V Classic balers produce neat and tidy tightly-pressed bales. Northmec is the agent; they also distribute Case, such as this Case 155 Puma, which delivers a maximum of 142 kW.

The 230 Claas Talos tows the six reel CLAAS Volto 800 aerator which spreads the hay evenly for quick and thorough drying.

The Jupidex Kverneland Taarup 4336 mower conditioner delivers a product which dries and bales without problems. The Kubota M130X towing the implement, delivers 96,6 kW, weighs 4 390 kg and its lift capacity at link end is 5 800 kg.

The Valtrac team is represented by Attie de Villiers, sales manager; Jaap Strauss, sales representative in the Eastern Freestate; Philip Blignaut, general manager, and Arthur Potgieter, sales representative in the Eastern Region. They showed the small APV spreaders in front of their exhibit. The KS 40 can be mounted on a bakkie or quad bike for small-scale fertilizer and pesticide spreading and sowing of fine seeds. Spreading width is six to 12 metres, depending on the product.

Choose the correct combine for your farm: Meet Valtra BC5800